Since it’s already stressful and first impressions can make or break a new hire’s success on the job, why not go all the way? Here are ten new and creative on-boarding ideas that will make the newbie’s first day at work memorable — but for all the wrong reasons.

No matter how confident they seem, the new hire will probably be worried about making a good first impression with their co-workers and their boss. And no matter how happy they seem to be to have gotten the job, you can be sure they will still feel anxious and nervous about what to expect on their first day at work in a new company.

New employees aren’t the only ones who should be worried about making a good first impression. Given the investment of money and resources that go into the hiring process, employers should also be worried about what happens on the new hire’s first day on the job, and throughout the on-boarding process. For both parties, mistakes, on-boarding mis-steps and mis-cues can all send a new hire packing, and send the employer back to square one.

The first day at work can be every bit as stressful for the new hire as their interview was. On-boarding shouldn’t feel like a Darwinian experiment meant to weed out those who are too weak to survive!

1. Make it a paperwork party.

Don’t give them the key to the bathroom, the break room, the supply room, their filing cabinets — or anything else at all. They put “problem solving” on their skills list, didn’t they? Let’s see how they do on their own!

3. Don’t set up their workspace.

You’ve had two weeks to get ready for the new hire’s first day at work, but is that really enough time to set up their phone and computer? I mean, after all, what if something happens and they don’t come in that day at all. You would have done all that work for nothing. Better to wait and do it while they watch.

Now that they have broken ties with their former employer, turned down other interviews and stopped sending out resumes, you’ve got them right where you want them. Why not demote them right away, and make them earn back the job you hired them to do?

5. Make them move out before they can move in.

The previous job holder left the newbie’s work space a mess, or maybe you have been using it for file storage. Either way, it’s their problem now; let them figure out what to do with all that junk.

6. Lecture them about the mistakes of the previous job holder.

You certainly don’t want your new hire making the same mistakes that got the last guy fired (or made him want to run screaming out the door). Be sure that you spend some time telling the newbie what not to do. In fact, your whole on-boarding orientation could be a recital of all the flaws and failings that have gotten people fired from your company.

7. Don’t have their back during the intro round.

If your new hire’s shirt has a coffee stain on it, their fly is unzipped, they have tags sticking out or they came back from the bathroom trailing a bit of toilet paper, that is going to make for awesome office hilarity as you introduce them to all their co-workers and company executives. SAY NOTHING.

8. Hit them up for ideas on how to save your business.

There’s nothing like putting the fear of layoffs and closures on the table with new hires to get them working at their most motivated, productive best right out of the gate.

9. Warn them about their new co-workers.

Now that they are part of the team, it’s going to be really important for them to know how awful everyone else is who works there. You wouldn’t want them to be surprised later on. Make sure they have a good grip on all of the weakness and shortcomings of their teammates, and let them know that you expect them to make up the gap.

10. Let them know about the ones that got away.

If the new hire was not your first choice for the job (even if the hiring committee didn’t agree with you) or if you offered the job to other candidates who turned you down, make sure you let the new hire know about this on their first day at work. That way, they will realize just how grateful they should be to have the job. 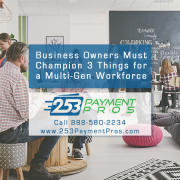 3 Causes Business Owners Must Champion in a Multi-Generational Workforce 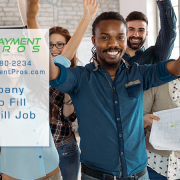 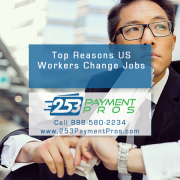 Self-Management is the New Leadership in Any Workplace 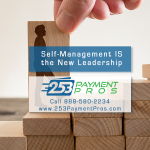 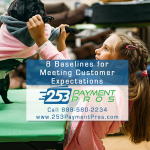