Firing a bad hire isn’t the only action you can take when you realize you made a mistake. Here are four ways to make the most of a bad (hire) situation.

4 Ways to Recover After Making a Bad Hire

One of the most important challenges when growing a business is making good hiring decisions. But what happens when you don’t?

Bad hires cost more than money, and the negative impacts of hiring the wrong person for the job can ripple to all areas of the organization, reaching all the way to the customer experience. Among the other company costs listed by businesses that made bad hires were:

Writing on Forbes.com, Human Workplace CEO Liz Ryan recently shared a list of 9 Ways Employers Screw Up Hiring, noting that many organizations hire good people but then squash their energy and ideas “under the weight of mindless bureaucracy.” While some of the reasons Ryan cites as the cause of bad hiring decisions and practices are related to the hiring process itself, others are intrinsic to the organization itself, such as designing jobs poorly to begin with.

So why is it so common for employers to make bad hiring decisions? While there could be many factors that ultimately result in hiring the wrong candidate, it is vitally important for an organization to get to the root cause, giving the high cost of making a bad hire. Some of the factors that lead to bad hires include rushing the process, skipping essential tasks (like checking references), allowing internal biases or agendas to influence the outcome, or having the wrong people conducting interviews, such as people who do not understand the requirements of the job or makeup of the department very well.

Infographic – So you made a bad hire. Now what?

So you made a bad hire – now what? One action to consider is whether the job can be changed to better suit the candidate hired, since you did not hire the right candidate for the job. It might be far less costly to your organization in terms of money, morale and productivity to modify the job description or move people internally in order to put your bad hire in a position where they can become a good employee.

Invest in the Candidate

If your bad hire is a good person, the right response might be to invest in training and education that the candidate needs in order to fulfill the responsibilities of the position. When you invest in employees – from new hires to workers who have been part of the team for years – you may be investing in employee loyalty as much as you are investing in worker productivity.

The realization that you have made a bad hire might be painful, and even embarrassing, but the good of the organization may dictate that the remedy is to let the wrong candidate go and renew your search for the right one.

Convey the Cost and Fix the Problem

Whether the right corrective action to take after hiring the wrong candidate is to move them to a different role, train them up into the role they were hired for or cut your losses and start again, it will cost your organization more than money. From plunges in productivity and internal morale to negative reviews left online from someone let go or candidates you passed over, it’s important that everyone in your organization understands the importance of getting the hiring process right.

While some bad hires can ultimately become good workers, there are situations where no amount of internal remediation is appropriate. In the CareerBuilder survey noted above, some of the behaviors of bad hires included an inability to work well with others, negative attitudes, problems with attendance and punctuality, and poor customer service.

Make sure that you dig deep when checking references. If you feel that you have not spoken with people who could tell you what it is really going to be like to work with a potential candidate, ask for additional contacts.

Take advantage of the first 90 days. Most employers consider the first 90 days of a candidates employment to be probationary; this is your chance to evaluate new hires closely to see whether their performance matches up to their resume and interview claims and look for signs of behaviors that could become big problems in the future (such as new hires that have trouble taking direction, accepting criticism or working with others). 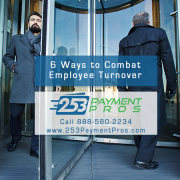 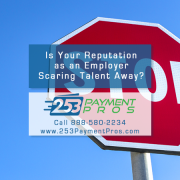 A Bad Employer Rap Can Scare Top Talent Away
0 replies 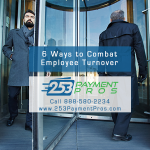