There have always been women in male-dominated professions, but it’s been the exception, not the rule. Find out where women are making gender barriers disappear.

Key Opportunities and Challenges for Women in Male-Dominated Professions

A century ago women were relegated to a few distinct professional roles, and most were expected to “retire” upon marriage. The list of male-dominated jobs is much shorter now, but there are still some professions where women make up a distinct minority. Askmen.com’s list of Top 10 Male-Dominated Industries run as follows:

By contrast, the U.S. Department of Labor’s list of 20 traditionally female-dominated jobs includes medical, educational and beauty industry job titles; the same industries, by the way, where a century ago you would have found most working women employed in.

Forbes.com published an article titled “20 Surprising Jobs Where Women Are Taking Over” noting that not only are there increasing numbers of women in male-dominated professions, but those women come into the workforce having earned three bachelor’s degrees for every two earned by men. In addition, those who are parents are retaining responsibilities of the primary parent. Of the list of male-dominated industries above, accounting and finance, in particular, is an industry where women are taking over, now comprising:

Does it Benefit Organizations to Hire Women in Male-Dominated Professions?

Several recent studies (including research covered in our article 3 Soft Skills and the Teams that Need Them) pointed out that teams and organizations that have balanced numbers of men and women out-perform those dominated by only one gender. Pointing to “super powers” women have such as intuition, relationship skills, balance, collaboration and empathy, a 2007 Catalyst study even found that Fortune 500 companies who had more female board members significantly outperformed those organizations whose board had few (or no) women.

Women in male-dominated professions may feel an increased sense of stress and a need to perform as well (or even better) than their male counterparts. Residual discrimination could even make it more difficult for a woman to obtain a job in a male-dominated profession or to move up within an organization into roles with more responsibility or leadership.

Indeed, a study published in the Psychology of Women Quarterly concluded that “manning up” is the best strategy for women who want to get a job in a male-dominated industry, instead of playing up her feminine strengths (Fortune.com). The study evaluated a group of women who were applying for an engineering management job and concluded that those who described themselves with traits traditionally associated with males (independence, focus on achievement, etc.) were viewed as more suitable for the job than those who emphasized traditionally feminine strengths such as warmth, supportiveness or nurturing.

A study cited on medicaldaily.com also notes that women working in male-dominated roles experience higher levels of stress, and even health problems. When working in gender-segregated fields, women who work mostly with men described being subjected to “difficulties such as performance pressures, sexual harassment, a hard time moving up in their company, coworkers doubting their competence, and low levels of support from coworkers.” As a result, over time these women may become more open to a variety of conditions, such as: coronary heart disease, breast cancer, insulin resistance, diabetes, cognitive decline while aging and psychiatric disorders like PTSD and depression.

Organizations that want to attract more women into roles which have been traditionally held by men should consider how they can enable the work-life balance a working mother would prefer as well as the benefits and flexibility that can make them more attractive to women. In addition, they may need to make gender diversity a top priority and invest not only in recruiting but also in training within the organization to overcome stereotypes which could create barriers and stressors for women.

3 Causes Business Owners Must Champion in a Multi-Generational Workforce 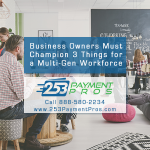 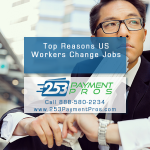