It may be a tale as old as time but for a chick whose story is several centuries old, Cinderella sure seems to be a role model for women business owners today. Here’s why.

Women business owners looking for a success story need look no further than memories from their own childhood to find a role model worth considering: Cinderella.

Could Cinderella Be the Ideal Mentor for Women Business Owners Today?

While a case could be made for revisiting any of the versions from the somewhat disturbing origin stories from which the modern day version is derived, (“Cendrillon” from Tales of Mother Goose, 1697 by Charles Perrault or the Grimm Brothers’ Aschenputtel, 1812), many of the lessons will be the same as those which can be discovered in its most recent depiction, Disney’s Cinderella released in 2015, directed by industry icon Kenneth Branagh starring Lily James in the title role and the incomparable Kate Blanchett as the “evil stepmother.”

1. Have Courage and Be Kind

There have been entire leadership books written that failed to say what this little gem of leadership advice says so simply: Have courage and be kind. As a recipe for good leadership, it works. Courage is needed to take risks, face challenges and pursue business vision at nearly every point in the life cycle of a business.

Likewise, kindness is a strategy that is vital to the growth of a business, to a healthy organizational culture, to winning over prospects and retaining clients. To have courage and be kind is to take a long term view of nearly any situation, which is nearly always going to be the best approach to take.

2. Never Mind What They Call Me

Shortly after being demoted from “family” status to that of a servant, a bedraggled Ella is mockingly renamed “Cinderella” by her mean stepsisters. When she meets the handsome prince for the first time in the forest and he asks her name, she replies, “Never mind what they call me.”

Her response calls to mind a quote attributed to W.C. Fields that says, “It ain’t what they call you, it’s what you answer to.” Cinderella refuses to accept that she is limited to being what anyone else says she is or what anyone else calls her. Women business owners will face many situations where self-doubt about their abilities can creep in or where people even call their qualifications into question. In those moments, this could be an invaluable leadership lesson to keep in mind.

3. Honor the Past Without Jeopardizing the Future

In the 2015 release of Cinderella, our heroine modifies her mother’s old dress to wear to the ball. Even when her fairy Godmother offers to make her a completely new dress, she requests that the old dress be modified instead. In choosing to honor the past, she honors those who paved the way before her. However, she does not hold onto the past in such a way that it holds her back in the future.

Sometimes the right thing to do is to start over or go in an entirely new direction; however, it’s not always necessary and completely abandoning the past can leave employees, customers and other stakeholders confused. As change within an organization occurs, honoring the past and retaining elements that made a brand or strategy strong might be highly preferable to crafting a completely new solution. Conversely, many organizations become enslaved by the past. When “the way we’ve always done things” means that an organization cannot grow or evolve, it might be time to let it go!

4. Trust Your Own Judgment

Cinderella’s decision to go to the ball flew in the face of her stepmother’s command that she not attend. Sometimes women business owners will be called upon to defy conventional judgment and trust their own, instead. A successful leader’s defining moment often occurs as a results of their willingness to make decisions, take risks, defend their rationale and stand by the results of their actions.

Cinderella doesn’t allow her name, position or responsibilities to define her. She is faithful in doing the little things that need to be done for the good of everyone in the household, even when they go unnoticed and unappreciated. Her demotion from family member to servant notwithstanding, she does not hesitate when the time comes to take on the responsibilities of helping to run the whole kingdom.

Modeling servant-leadership and taking care of the little things doesn’t stop when you open a business or get promoted to an executive role; in fact, if anything, your responsibility for ensuring that the little things get done – even when no one notices or appreciates it – is that much greater. Women business owners who lead by example are the ones whose organizational culture is infused with these values.

We live in a society where forgiveness is often equated with excusing the behavior of someone else. Cinderella sets a wise example in that she forgives her mother and stepsisters for the abusive way they treated her, but she does not excuse their behavior, nor does she give them the opportunity to continue causing damage in the future.

In some businesses there are employees who are allowed to cause damage in their role as employees, and sometimes even as managers. It’s important to understand that firing this type of employee could be in the best interest not only of other employees and the organization as a whole, but sometimes even for the fired employee themselves. No matter how talented or well-connected, an employee who is damaging your organization from the inside out is going to limit its potential and cause others to leave.

Marilyn Monroe once said, “With the right shoes, a woman can conquer the world.” Certainly few characters in literature or history are as well-known as Cinderella is for the shoes they wore.

The shoes women business owners have to wear have to get them all the way to the ball and home again. They have to help them land the role of their dreams. These shoes might be crafted in the education she received, advice given to her from mentors, the experience she has gained along the way – or all of the above; and with the right shoes, she just might conquer the world! 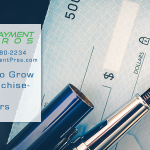 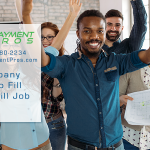